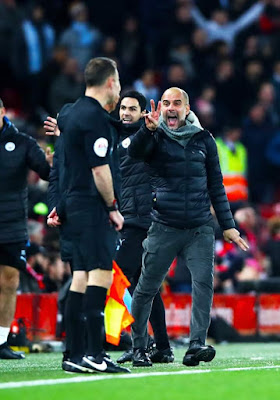 Manchester city are reportedly banned from uefa champions league after violating UEFA rule and are been fined the sum of hooping 30million euro for the mislead.
UEFA now awaits the reaction of the (sky blue)side to see how they respond to this.
Obviously messi rumoured Manchester city signing in the summer won’t work if the sky blue side don’t do anything about that, and pep Guardiola will be considering the likes of Barcelona next summer.
https://www.emijoemedia.com/index.php/2020/02/14/manchester-city-have-been-banned-for-uefa-champions-league-for-two-year/